Just my rambling thoughts about being gay and Mormon 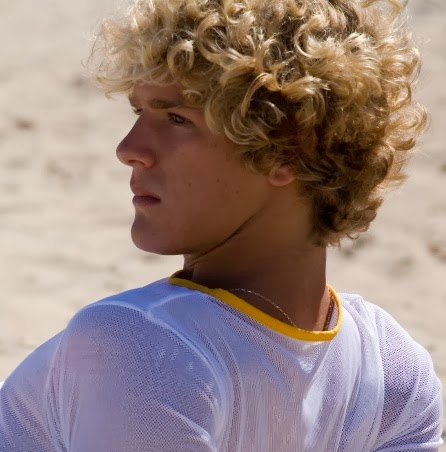 I usually stay far away from the Mormon church's magazine, The Ensign. However when I heard about an article in the March 2014 edition, I had to see it for myself so I looked it up online. I was really astounded by the toxicity of it.

I refer to the article written by Elder Tad R. Callister entitled "What is the Lord's Standard of Morality?" It gets top billing on the magazine cover.

Many of the main points of the article have been debunked for many years and have already caused so much unnecessary self loathing and spiritual, emotional, and physical harm, that I simply can't believe that the LDS Church could allow them to be published AGAIN. 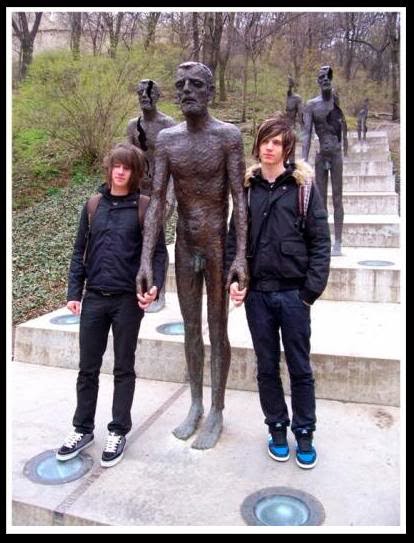 He uses terminology and concepts that are no longer recognized by professionals who deal with sexuality on a daily basis. What he teaches is toxic and dangerous. It has harmed many many Mormons. It has damaged many marriages because the marriage partners fail to understand or appreciate their own sexuality.

I thought this outdated sexual bullshit was slowing disappearing from the church - but apparently it is alive and being preached from the highest levels. That is very sad. It needs to be replaced with a healthy and honest discussion of sexuality, love, and the human body. 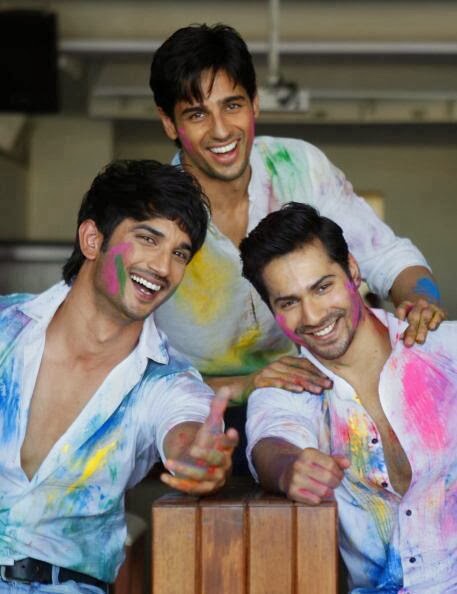 Callister's comments on modesty are just offensive. They are only valid in the world of fear and dishonesty he creates. Millions of people have enjoyed the pleasure of a sunny afternoon on a nude beach and they are better off for having enjoyed it!

He and others like him are responsible for Utah's very high rate of teem suicide, particularly in the LGBTQ community!

This teaching is also damaging to the church itself. There are many members who have learned for themselves, often after a prolonged period of intense prayer, that many of the concepts that Callister teaches are wrong. A lot of these people are now former members who have found happiness and peace when they let go of false and damaging beliefs and accept and love themselves as the sexual beings that God created. I've felt for a long time that the church is losing its best and brightest and this Ensign article is a great example of why they leave.

For a more in-depth and professional critique of this Ensign article go here:
HERE 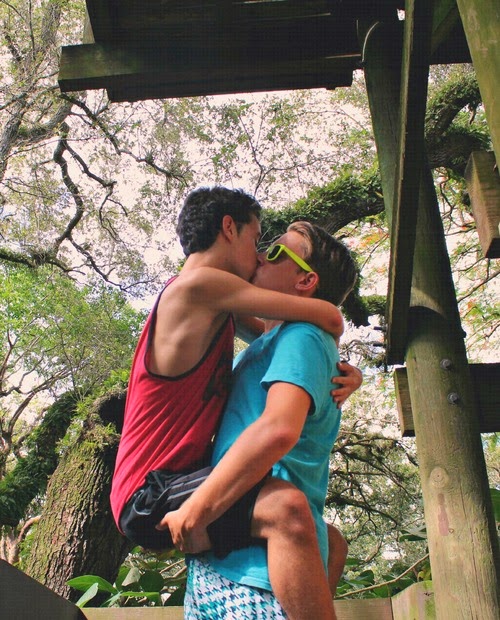 Get over conference with a great Australian ad


Go ahead and laugh it off
Posted by mohoguy at 7:08 PM No comments:

What good is an invitation to come back if nothing changes?

There is a lot of commentary going around the internet and social media about the Mormon general conference going on this weekend. Particularly in the disaffected community, there is a lot of discussion of Dieter Uchtdorf's talk on Saturday inviting those who have left to return. He did not specifically talk about gay members but most of us definitely fall in the category of those who have left the church. He seems like a nice enough guy and I appreciate the European sensibilities and perspective he brings to the Mormon church. Definitely  a needed improvement.

For the first time in memory, Uchtdorf as a senior church leader, actually stated that church leaders make mistakes. In my opinion, this is nice to acknowledge but hardly constitutes a ground-breaking change in direction. It's a little like saying the sky is blue - so obvious that it does not need stating.

More important for the gay community it does nothing to repair the past wrongs and hatred the Mormons have expressed for decades against us. Being invited back with no significant changes to the teachings and practices of the church smacks of another invitation to be abused.


Personally, I participated in the church for long enough to know that being gay and LDS is a spiritual and live sucking proposition. I will need some pretty strong evidence that I'm respected and accepted as I am before I would even consider going back.

Posted by mohoguy at 9:49 AM No comments:

Loss of a friend ... to suicide 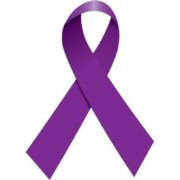 This past week a friend who worked at the same place that I work committed suicide. He was a very quiet, shy and reserved guy and I did not know him well. No one will ever know why he decided to end his life. I know this much about him; he was active LDS having served in many callings including in a bishopric. He served a mission, he was married in temple and he had several young children.

There is such a thing as gaydar and I got the vibes from him.  I can't help but think that he felt very trapped in an impossible situation. He had done everything he was taught to do as a good Mormon but inside he was deeply unhappy. Was he gay? I don't know.

I'm out to anyone who cares to ask but no one at work has asked and so I have not outed myself to anyone there. I'm sure some suspect because I don't fit the straight Utah Mormon man mold too well.

I can't help wonder if I had been more out at work if I could have somehow helped him. He obviously needed a friend with whom he could talk about his innermost secrets. I was not that person because he did not know I was available.

Maybe I'm just grieving and making all this up in my head. I don't know, but there is enough of a pattern to make me wonder...and make me very sad. 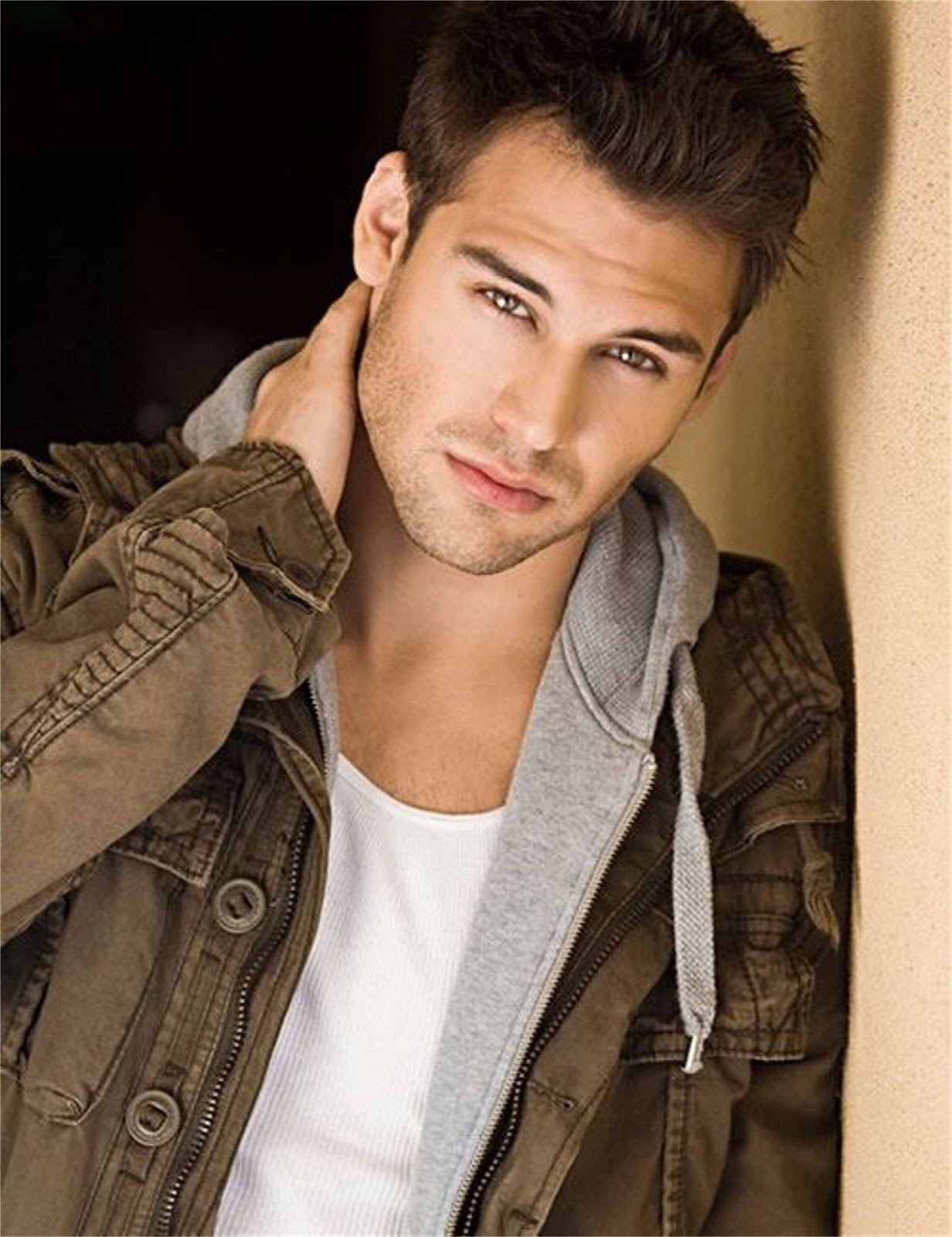 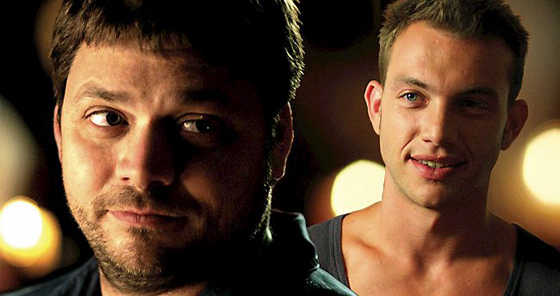 Yossi and Jagger, a brief synopsis - This is a touching film about two Israeli soldiers stationed on the border of Lebanon during the winter. The film is in Hebrew with English subtitles. Ohad Knoller plays the unit commander, Yossi, who is in love with his second in command, Jagger. In the army they must keep their relationship a secret. Jagger who is more laid back, wants Yossi to quit the army and live with him. He tells Yossi that he wants them to go away together to the resort of Eilat on the Red Sea. However, after an argument Jagger is killed on a patrol during a nighttime mission. In the end Yossi does not tell Jagger's parents about their relationship, which he lives to regret. 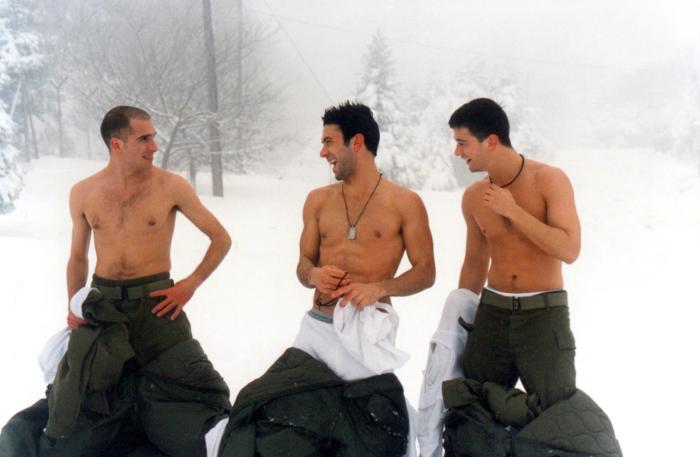 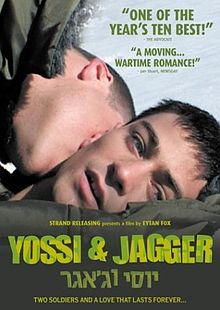 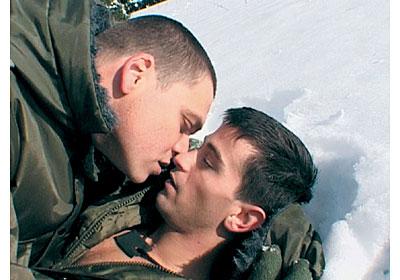 The movie Yossi picks up the story of the commander 10 years later. He is now a single, closeted cardiologist at an Israeli hospital. It is an emotional movie about how he finally comes to terms with Jagger's death and begins to move on and find love again. 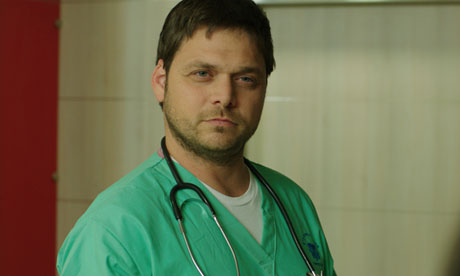 The movie is a slow but engaging drama as Yossi sheds his past and begins to live again. He has a chance meeting with Jagger's mother but does not at first reveal himself to her. Eventually, after a painful explanation of his former relationship with Jagger to Jagger's parents he decides to visit the resort of Eilat where Jagger had wanted them to go together.

Another chance encounter leaves him transporting 4 solders who are also going to the resort on military leave. One of the soldiers is openly gay and Yossi gets a sense of how things have changed with the acceptance of gay men openly serving in the army. 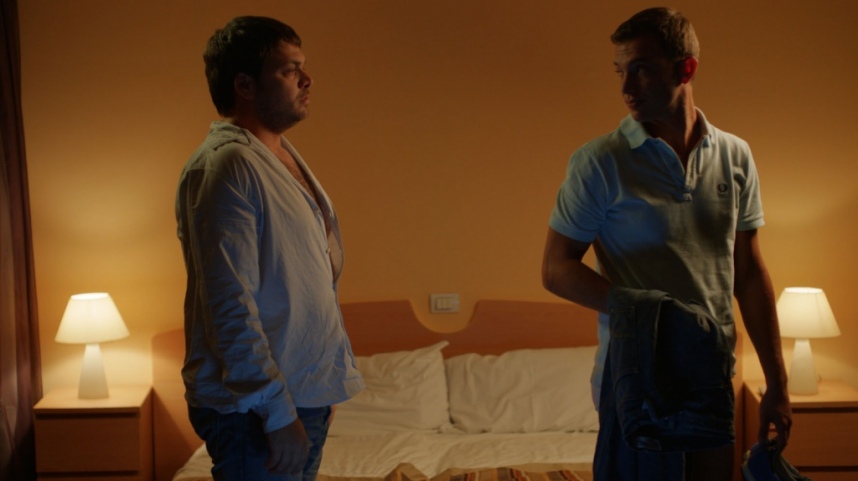 If you like a quiet emotional drama with a great story line you will probably like this movie. It could have been dark and gloomy but instead it is engaging and hopeful. It's a short movie, only about 1.5 hours and worth your time. Ohad Knoller is a convincing actor and plays this part particularly well.
Posted by mohoguy at 8:17 PM 1 comment: 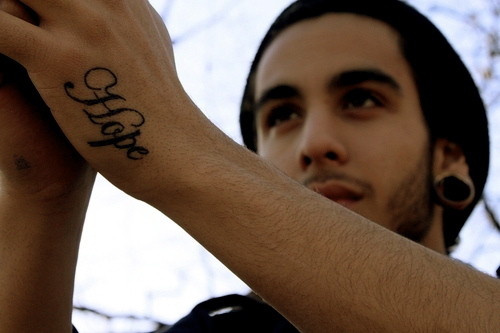 An acquaintance whom I greatly admire for his courage and activism recently commented that his deceased parent would probably not be happy in the Celestial Kingdom as typically described in Mormonism. 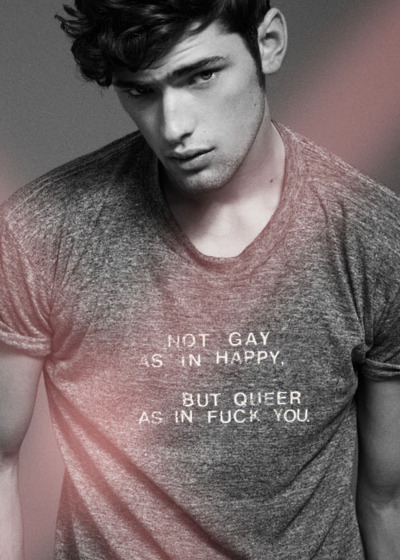 Likewise, I don't think I would be too happy in the commonly described Mormon heaven. Not because heaven, according to my thinking would not be nice, but because the descriptions of it are outdated. 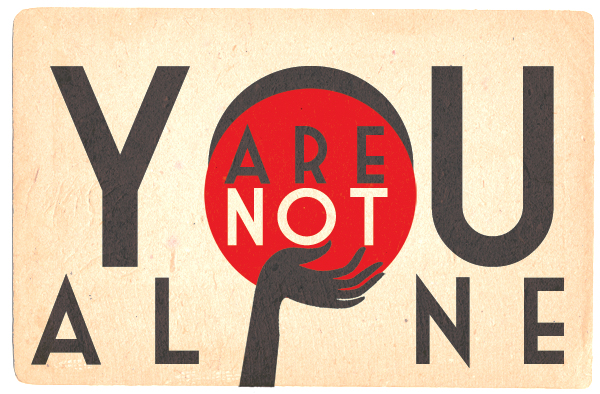 The descriptions of heaven for many religions throughout the ages have tended to focus on resolving the problems faced by believers at the time the description was written, envisioning a paradise where current day troubles would not exist.

The Mormon heaven is typical. A majority of Mormon descriptions of heaven were written when polygamy was very important to Mormonism and deeply hated by their neighbors. It envisioned a place where polygamy was the law and where the more wives a man had the higher his exaltation. This has been downplayed by the church in recent years but there is still a heavy emphasis on heaven being only for married heterosexual couples, and the more children the better. 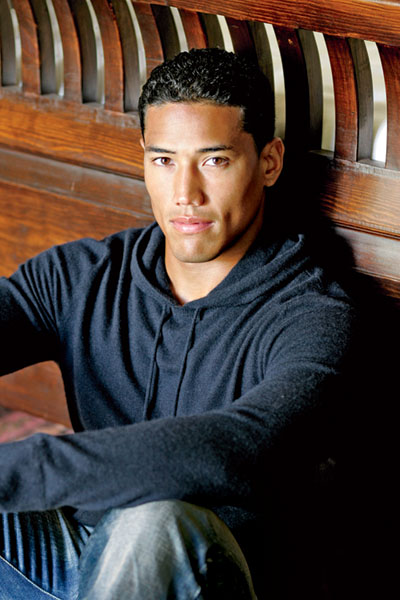 During a time a intense persecution (self induced or otherwise) heaven was envisioned by Mormons as a place where their enemies could not go regardless of their righteousness. If you were anti-Mormon you were not going to make it to heaven. This again has faded somewhat, but not entirely.

Anyway, my point is that heaven, like many things in religion, is described by religious leaders in a way that is appealing to believers to encourage further commitment to the religion. To be meaningful for believers heaven must solve their current problems and satisfy their wants and needs. 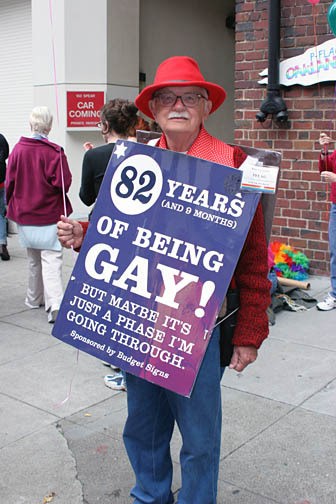 I have yet to hear an explanation of the Mormon Celestial Kingdom that satisfies my problems, wants and needs, as a gay 21st century man. I have a belief in the afterlife and I believe it will generally be a good life for me because I'm a good person. The Mormon version of heaven condemns me for no fault of my own so I have little use for it. 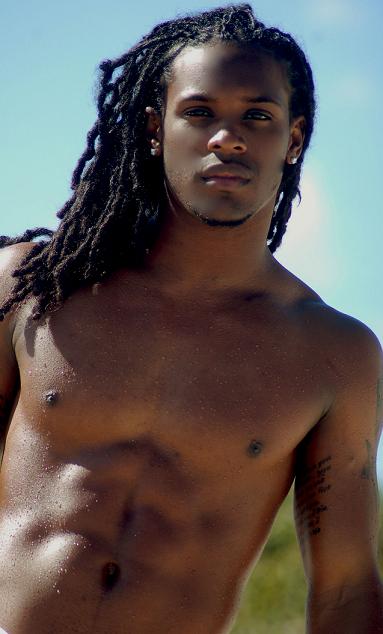 Posted by mohoguy at 6:28 PM No comments:


I love that quote. It's so often true.

The truth is there are more questions in life than answers. Learn to love the unknowable.

The truth is that people you love will disappoint you. Don't take it personal. Love them anyway.

Posted by mohoguy at 7:35 PM No comments: